When a guy is attracted to you, he may display some strange behaviors as he’s trying to find a way of expressing those feelings. Here are eight weird things guys do when they like you. 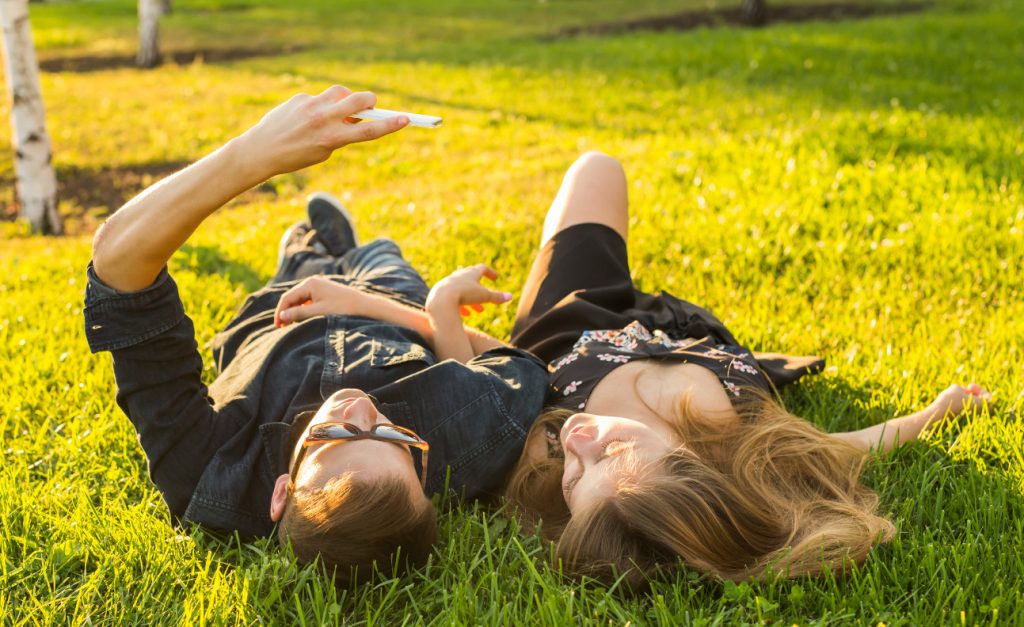 He averts his eyes when you walk by and pretends he doesn’t notice you’re in the room. It’s enough to make you wonder if you’ve accidentally done something to offend him.

Chances are, he’s not trying to ignore you. He just gets tongue-tied and nervous when you’re around, and he doesn’t want to risk looking like an idiot. So instead, he ends up sending the signal that he’s not interested.

Keep smiling and being friendly. Give the man enough space to deal with his insecurities, and he’ll probably come around.

He makes fun of you

A guy might poke fun at you when he desperately wants your attention but can’t figure out how to get it. Yes, it’s childish, but sometimes people revert to a less mature response when they don’t know what else to do.

He’s probably afraid that you’d rebuff a compliment, so he makes fun of you instead. Or he might think he’s funny, unaware that he’s hurting your feelings.

If what he’s doing hurts you, let him know.

He randomly gives you a gift

Giving is considered an expression of love, and he’s trying to show his attraction to you with a gift. If the gift is something small or silly, it’s likely that he saw it somewhere and immediately thought of you. If he’s giving you expensive or inappropriate gifts, he might be trying to win you over with money. Let him know that you value his personality, not his wallet.

He criticizes other guys

He likes to tell you what’s wrong with other guys, even his friends. That could mean that he’s trying to impress you by showing you that he’s better than average. It could also suggest that he’s jealous and tearing down his competition. Unfortunately, this behavior can make him look like a jerk.

Have positive things to say about everyone, including him. Soon he’ll be taking your cue.

He reaches out on social media

While this isn’t true of everyone, guys don’t usually make the first move when it comes to social media. They are happy to respond to friend requests from others, but it doesn’t often occur to them to invite someone to be friends online.

He likes to tell you what’s wrong with other guys, even his friends.

If a guy like that suddenly asks you to be part of his friends list, it probably means he’s thinking about you and wants to get to know you better.

He gets serious when talking to you

It might seem that he is always laughing and joking with his friends but gets more serious when he’s just with you. That doesn’t mean that you bring him down. It could be that he feels comfortable talking to you about things that matter in his life. He could also be trying to show you that he doesn’t think of your relationship as a joke and that he would be responsible and committed as a boyfriend.

He brags about himself

Bragging almost always indicates insecurity. A guy might be worried that you don’t recognize all he has to offer, and he wants to make sure you know what’s great about him. He probably doesn’t realize how arrogant and self-obsessed he sounds when he brags.

You can build his confidence by complimenting him on the qualities you like about him. If the bragging goes too far, you can always politely tell him that it’s a turn-off.

He sends you random texts

Sometimes you get a strange message from him on the weekend or in the evening. It usually has nothing to do with any conversation you have had; it’s just a random explanation of something he saw or did or even a fact he learned.

That is a sign that you’re always in the back of his mind, and he’s interested in your reaction. He feels a connection to you and wants to include you in what he sees and does when he isn’t with you.

Feeling a romantic attraction can make guys insecure, and they may show it in ways that seem odd to you. Don’t immediately misread a guy’s strange behavior. Give him a chance, and you might just find that he’s something special.

« Is Jealousy Ruining Your Relationship?
How to Get Good Dates Using Savvy (But Honest) Marketing Tactics »