Dating Your Friend’s Ex – Is it Taboo Or Is It For You?

tara July 19, 2017 Dating Your Friend’s Ex – Is it Taboo Or Is It For You?2017-12-20T11:30:18+00:00 Dating Essentials No Comment
While some people might frown at the idea of dating their friend’s ex, others can understand how that attraction could be formed in the first place. By nature of the fact that you both have the ‘friend’ in common, you will probably have other shared interests too. 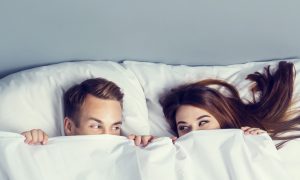 Perhaps, before the relationship between your friend and their partner came to a close you were all members of the same sports or movie club.

You might have frequented the same wine bar on a regular basis. The truth is that you were already part of the same circle, part of one another’s lives.

You may even have got together because there was a lot of talking to do when the old relationship broke down.

It’s not unusual for a shoulder-to-cry-on pal to become a lover. But is it right? And if you think it is and you are dating your friend’s ex, can you maintain good relations with all concerned, or will the damage be irreparable?

Unfortunately, your relationship with your friend may well be temporarily or even permanently damaged by the fact that you are now dating the ex partner. You being involved with your friend’s ex means that the friend can no longer confide in you about issues they had in the relationship. You may also find yourself unfairly used as a scapegoat for the failure of the relationship. Even if you and the friend’s ex only got together after the break-up you might still be cited as the reason it all went wrong. When people are hurt they are quick to point fingers. And let’s face it, any break up hurts. If you date your friend’s ex those fingers could well end up being pointed in your direction.

Your relationship with your friend may well be damaged by the fact that you are now dating the ex partner.

Be Prepared for Awkward Questions

Mutual friends may also react with awkwardness. This is simply because they don’t know what to do. It’s bad enough when a couple splits up anyway. Often friends find themselves in tricky situations over whom they should invite to what party or dinner or outing. Throw in the fact that you are now dating the friend’s ex and you’ve got yourself a group of friends who probably won’t invite you, the friend, or the ex to any event, just to be safe. Sadly, in such cases everyone loses.

Then there’s the question of jealousy. Most of us know some details of the person our partner dated in the past, but when it’s an old friend the details can prove too plentiful. That’s when dating your friend’s ex really can become a little too close for comfort.

However, if you are in this situation, and many people are, do not despair. Very often these relationships do endure. They frequently have a long history that proves valuable in a long term relationship. And, remember, people do move on, and hurt heals. Who knows, you, the friend, and the ex, in whatever new roles you find yourselves, may end up happier in the long run. Fingers crossed you might even all end up friends again.

Deception in Dating Profiles and How to Spot It

« New to Online Dating? Here’s What You Need to Know
How to Make the First Move on a First Date to Score Big Time »