How to Tell When He’s Lying to You

tara February 15, 2017 How to Tell When He’s Lying to You2017-12-20T11:32:19+00:00 Affairs and Cheating No Comment
When you entered into this relationship with your partner, things were so blissful. The sun shined everywhere you went as long as he was by your side.

But something has changed…

Unfortunately, things have changed between the two of you; he seems moody and distant. 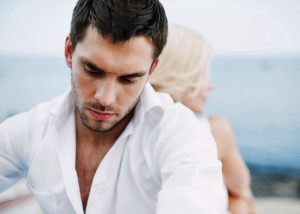 You think that you have done something wrong. You drive yourself crazy with your constant thoughts that something is just not right anymore.

You don’t want to admit it to yourself, but your friends are too eager to point out the obvious. He is lying to you!

Lying can point to many things. Most common of all is cheating.

Well, how do you know for sure if your husband is not telling you the truth?

People who are lying give signs… Don’t they?

In truth, people who are lying try to use different techniques in order to keep from being found out. For that reason it makes it difficult to look at the emotional stress of your husband and really get to the bottom of his stories.

Traditionally, people who are experts at spotting liars relied on emotional signs. They look for nervous facial expressions that liars supposedly make.

This is not always reliable because people who are telling the truth and afraid that they won’t be believed also show those same facial expressions.

How to detect your husband’s emotional stress

For this reason you need to look for emotional stress that’s out of character.

That means you should be the best judge of his emotional state. Really, who knows your husband better than you do?

So what emotional stress signals should you look for?

When it comes to his day at work, is he purposely being vague when you ask him about his new co-worker? You know the general level of details in his daily speech.

When men are afraid that their emotions will let something slip out, they try to hide it by not talking as much and being evasive.

This is why it is important for you to be able to tell the difference in his normal level of conversation style. Your husband might just be the strong silent type and not lying at all. But only you would really know for sure.

Along this same path you need to be observant of his hand movements and the use of facial expressions. You are not looking for some specific movement. You are looking for a change in movement across the conversation.

For instance, while he is talking about something amusing the dog was doing today, is he very animated with wild hand gestures and energetic facial expressions?

However, when the conversation turns to why he isn’t home as much as he used to be, are his facial expressions softer and is he moving his hands less? If they are, then you know he is keeping something from you.

Again just like when men use less words to hide their emotions, they also use less facial and hand gestures so that they don’t let something accidentally slip.

Is he sending you emails and text messages more than usual?

Maybe he’s emailing and texting you more than usual to explain unusual behavior. He’ll hope this will avoid what he really fears. A face-to-face conversation.

You might want to read between the lines. If he is going on and on about how boring work is and a tedious meeting he had, you can bet that there was something else going on during his day that he doesn’t want you to be suspicious about.

In the end, use your own intuition…

In order for you to detect his lies on an emotional level, you have to be aware of your husband’s verbal and physical habits. These are the gateways to what is really going on with him.

It is unlikely you’ll be able to shame him into some sort of a confession if he is lying. That approach will probably create a barrier and you’re less likely to get to the bottom of what’s going on.

Trust yourself to know the difference between his normal emotional behavior and what is going on when he is lying and you will find the truth.

5 Sure Signs Your Spouse or Partner is Cheating on You

« What to Do When Your Partner Cheats
Why Do People Lie About Their Sexual Partners? »