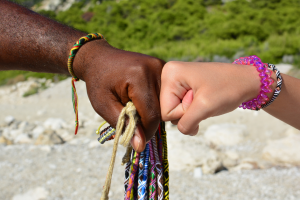 Websites that help people find interracial romances are quite fashionable of late. And while it is the twenty-first century and much has changed over the years, for some reason people still seem to be boggled by interracial relationships. Some people do anyway.

If you are or have been in an interracial relationship, you have no doubt encountered many such people.

Here are the five most common questions you will be asked when in an interracial relationship.

Why Do You Want To Make Things Harder On Yourself?

This question usually comes from elder family members who are still stuck in a pre-Civil Rights Era mentality. They may mean well, but they fail to realize the major flaw in their logic. They are operating under the misguided assumption that relationships between two people of the same race are somehow easy, or at the very least easier than an interracial one.

When you date someone of another race, inevitably one of your friends, family members, or coworkers may ask you a wildly inappropriate question.

This simply isn’t the case. Relationships are hard. Whether you choose to date someone of a different race or the same race, it will never be easy. The divorce rate in the United States can attest to this. It is particularly amusing when the same family member is divorced. However you should resist the urge to point this out. No need to create hostility. Simply explain to them that no relationship is particularly easy, and that yours is no harder than anyone else’s.

Don’t You Want Your Kids To Look Like You?

This may be the most offensive and baseless question of them all, and is most often asked of Caucasian women who are in a relationship with a man of another race. There is a standard misconception that somehow “white” genes are wiped out by “non-white” genes and that any child resulting in such a union will lose all characteristics of the white parent.

This is simply a fallacy. There is no genetic or biological evidence that one race will dominate the other genetically. A child receives half of its chromosomes from each parent, and therefore will be an equal mix of both parents. There is no way to know what the mix of characteristics will be and it could vary from child to child as well. This question stems from pure ignorance, nothing more.

Is It True That…?

There is not much you can do to argue with someone who thinks that interracial dating is a fetish.

When you date someone of another race, inevitably one of your friends, family members, or coworkers will ask you a wildly inappropriate question of some sort about race stereotypes. So be prepared to hear the dreaded phrase, “Is it true that..?” and insert your chosen racial stereotype here. 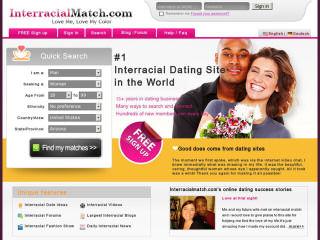 These questions will take on a variety of topics including sexual, physical, or social stereotypes. Try to take these questions in stride. Most people do not mean to sound racist, but also don’t know any better. Stay calm. Try to educate them.

And most importantly, do not say yes or no to their questions. If you provide an answer in either direction you will be reinforcing their stereotyped thinking. You may think that it’s harmless to answer a question about your partner, but your answer will affect the asker’s perspective of an entire race of people.

Oh, So You Have A Fetish?

The fetish argument is one of the most frustrating because it trivializes your relationship and equates it to an abnormal sexual desire or obsession. So basically the asker thinks you are abnormal for dating someone of another race, as if something is wrong with the choice.

There is not much you can do to argue with someone who thinks that interracial dating is a fetish. The best course of action is to avoid them entirely. However if you can’t, simply tell them that under no circumstances is your relationship based on something as trivial as a fetish. Don’t ever allow someone to reduce your relationship to an offensive cliché.

This Is Just A Phase, Right?

Fortunately, you do not need other peoples’ approval to enjoy your relationship.

Laughable at best, the assumption that an interracial relationship is based on “going through a phase” is just your friend or family member’s way of saying they don’t approve of your choice and hope you change your mind soon.  They could also believe your choice to date a person of another race is some kind of rebellious act to defy (insert your chosen authority here).

Another situation where you cannot do much to affect the person’s thinking. Fortunately, you do not need their approval to enjoy your relationship. Simply inform them that you are not going through a phase nor are you rebelling against “the man.” Or you could say nothing at all. Sometimes ignorance deserves no response.

If you are or have been in an interracial relationship, these questions are all too familiar. And if you are not, do everyone a favor and never ask these question! This is the twenty-first century after all, and race should not be a deciding or important factor in a relationship.

« Is Social Media Ruining Your Relationship?
The Top 3 Dating Apps for Millennials »