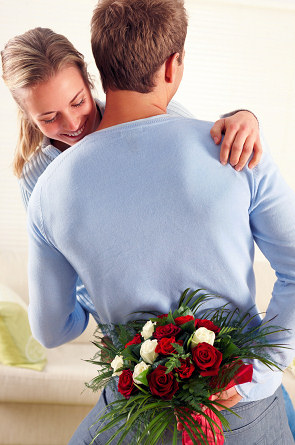 An independent woman is one who can take care of herself. While she enjoys a good relationship, she certainly doesn’t let it control her. There are certain types of men that are not compatible with an independent woman. Here are 3 types of those men:

The needy man may accuse you of cheating on him or not loving him anymore. He needs constant reassurance.

The traditional man will tell you that taking care of the house and him is what makes you a good woman and you shouldn’t need anything outside of that. Some may go as far as saying you should be grateful you’re being taken care of and don’t need to go to work or school.

While the needy man might not be traditional per se, he does require a lot of attention. He likes you to focus on him whenever you’re together. If you’re not together he might email you constantly or call you throughout the day to say hello. While in moderation these acts are very sweet, the needy man does it for the attention he needs.

If you try to ignore him because either you’re busy or you are tired of being bothered, things quickly get messy. He may call you or email you even more. He may accuse you of cheating on him or not loving him anymore.

He needs constant reassurance. You can reassure the needy man that just because you aren’t in contact with him 24/7 you do in fact still love him.

But if he’s unbelieving or using it control where you spend your time, he needs to find a woman who is willing to put up with that kind of behavior.

The predictable man does things the same way, at the time, in the same place. He doesn’t like to be taken away from his routine.

Unfortunately, his routine can quickly become your routine as well. Since he may only be free during certain hours of certain days you may feel that you have to pencil him in for those times because it’s the only time he has. This isn’t something that is easy for independent women.

Enjoy a new restaurant. Go on a date on a Wednesday night instead of on a Friday night. With a predictable man it’s a lot of work to get him to switch things up. He’d probably be better off with someone who enjoys routine like he does.

It’s might seem like an independent woman could never fall victim to these kinds of men, but it does happen. It’s just a matter of noticing the red flags and living your life the way you want to, instead of letting someone else dictate how you live your life.

« Teens and “Sexting!” Your Child and Modern Technology
Dating in Later Life – Which are the Best Sites for Seniors? »