5 Dating Tips for Women in Their 40s 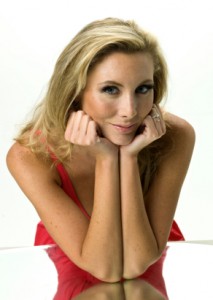 Women who don’t enjoy the dating scene might find it more rewarding if they followed a few essential tips. Dating for women in their 40’s can be a bit of a challenge especially since the pool of men is somewhat smaller than it is for much younger women. While men of almost any age will date a woman in her twenties, this isn’t necessarily true for women in her forties.

A woman who dresses too young for her age often appears as though she is trying too hard to capture the attention of a man. In turn, this scenario makes her look desperate – not quite the appealing catch for a guy. Resisting the knowledge that she is forty or older doesn’t do a woman any good. In fact, it does quite the opposite since fooling people about her age can only last so long.

Tip 2: Act Her Age
Acting her age is another of those important tips women in their forties should follow. It’s a foolish thought for a woman to believe that acting younger will make her appear younger. All it makes her appear to be is silly, lacking in confidence, or desperate to snag a man. It’s important for a woman of any age to be true to herself. She should continue to do the activities that she enjoys and avoid letting others influence her decisions.

Tip 3: Adjust Her Expectations
One of the best tips for women in their forties is to adjust their expectations. Since the pool of available men has shrunken from the days of a woman’s early twenties, it might be necessary to give up certain specifications. For example, looking for a man who has never been married and divorced might not be as plausible now as it was twenty years earlier.

Tip 4: Show Her Experience
Gone are the days when women stayed in the background, subservient to men, hiding their natural talents and innate abilities. Today’s woman in her forties should express herself proudly and join conversations that appeal to her. Showing intelligence is more likely to capture the attention of an intelligent man than playing dumb.

Tip 5: Embrace Her Sexuality
While there’s no need to become provocative and mysterious, a woman in her forties should appreciate her sensuality. She should embrace physical intimacy if it pleases her. While her body might not be as young and vibrant as it once was, it is still her body. She should look for passion and embrace it when she finds it.

https://blog.datingwise.com/1675/women-in-their-40s/2012-07-18T18:51:05+01:00taraDating Essentials40s,Dating Tips,Older Women,SeniorsWomen who don't enjoy the dating scene might find it more rewarding if they followed a few essential tips. Dating for women in their 40's can be a bit of a challenge especially since the pool of men is somewhat smaller than it is for much younger women. While...taraTara Milleradmin@datingwise.comAdministratorDating and Relationship Advice