Does She See Me as a Friend or Lover? 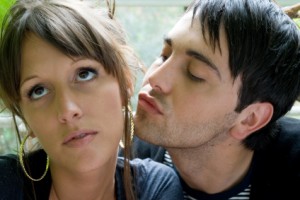 Let’s face it, men and women see things completely differently. What you have in mind may very well NOT be what she’s got in hers! While you may have your hopes set on hooking-up, she might just want a friend.

There are a couple of reasons for this. Sure, women sometimes have ulterior motives. Some may flirt and lead you on with no intention of ever letting you touch them. It takes practice to read the signs she’s turning you into a man-friend.

But not every woman is leading you on for their own egoistic motives. You have to remember that women are constantly being bombarded by men who are after them simply for sex. This gets old and tiring. So it’s also nice to have male friends from time to time who they believe are interested in them for reasons other than purely sexual ones.

If just being her friend isn’t it for you, then you might want to think about your initial approach to women. See How Women Decide Which Men to Sleep With.

So, with all the mixed signals you might be getting, how do you know if you are ‘friend’ or ‘lover’ material?

You’re more likely to be in the ‘lover’ category if:

You are probably leaning towards the ‘friend’ category if:

But guys, don’t be too quick to dismiss the ‘friend’ approach. If you really like the girl something good can come out of it. It’s not like ‘friends’ never turn into ‘lovers’.

Plenty of relationships start and continue for a long time between people who were just friends at first. Actually the relationships tend to be better and last longer because of the strong friendship that was initially developed.

So ask yourself if you’re willing to just be friends for awhile without worrying about whether or not it ever turns into more. If your goal is to be her ‘lover’ and you don’t want to put a lot of time into her just now then, you might want to consider taking a step back from the friendship for awhile and looking for someone new.

You don’t have to drop her altogether. But rather think about her as another seed you’ve sown. Move on. And keep in touch from time to time. Maybe later, she’ll bloom beyond the seed of ‘friend’ you’ve sown and into a new ‘lover’.

https://blog.datingwise.com/1659/does-she-see-me-as-a-friend/2012-07-18T23:03:50+01:00taraDating EssentialsFriends,Platonic Relationship,Romance,WomanLet's face it, men and women see things completely differently. What you have in mind may very well NOT be what she's got in hers! While you may have your hopes set on hooking-up, she might just want a friend. There are a couple of reasons for this. Sure,...taraTara Milleradmin@datingwise.comAdministratorDating and Relationship Advice