tara December 29, 2009 Dating a Divorced Man2016-06-19T08:56:32+01:00 Divorce 49 Comments
Dating a divorced man… with kids!. Your initial reaction to the idea of dating a divorced man might simply be – No thanks! But in today’s world, where divorce is the norm, you might want to reconsider. You don’t need official statistics to tell you divorce is a pretty strong trend. Look around you. How many divorced people do you know? Probably lots! 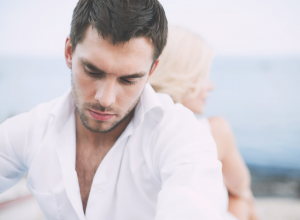 The advantage of dating someone who has already been “down-the-aisle” is that in many aspects of our lives – we make mistakes, learn from them and try NOT to repeat them in the future.

A divorced man is likely to already have made mistakes in the past that an unmarried guy may not yet have experienced. If you’re lucky, he has learned from the past and won’t make those same errors again with you. But this may not always be the case.

Sometimes people make the same mistakes in their relationships, over and over and over again. Try to be on the look out for this. If you’re dating a divorced guy who has a tendency to repeat errors continuously in other areas of his life, then you’d better beware. If he has more than one divorce… watch out!

Make sure you’ve got someone who admits to past mistakes and wants to do better in the future.

The Disadvantages May Seem Insurmountable

A serious problem may come up if your guy has been hurt by his failed marriage. If his wife (not him!) ended the relationship, then you might have an up-hill-battle on your hands. It may be extremely difficult for him to learn to trust again. Just give him some time.

In most cases, his ex-wife is someone who will – in some way, shape or form! – continue to be a part of his life. Whether they share kids, he pays her alimony or simply because she was a large part of his life…you have to accept the fact she is likely to show up from time-to-time.

Don’t get upset when she’s around (whether physically or in his thoughts). Just remind yourself that she is part of his reality that you can’t change. If your guy is newly separated and in the process of getting the divorce finalized, you might want to check out Dating Advice: You, Him, and Not Quite Ex Wife! for extra advice on the special challenges a not-yet-divorced man poses.

You’ll need a lot of patience and will-power to overcome the drawbacks of dating a divorcee. But if you’ve found yourself someone great, this really shouldn’t be so difficult. 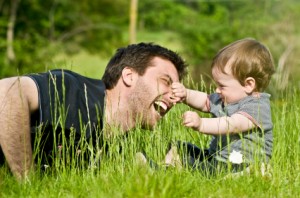 Being around his kids can be a plus when it gives you the chance to experience what life with children is like – without having to have them yourself! If you already have kids, this can provide a great way to bond with him – the children are something you have in common.

HOWEVER, keep in mind that kids can be very protective and even cruel! They already have a mom and don’t want you as a new one! So, what can you do? Take an interest in them. Don’t boss them around or act overly ‘motherly’, but do show interest and encourage them in the things they’re good at.

Don’t forget to be patient! Being ‘dad’s new girlfriend’ takes time getting used to, and they’ll probably resent you for taking their mom’s place. So tread lightly.

And don’t be upset if they don’t immediately like you. They just need some time to get used to you. Also, keep in mind that the younger the children are, the easier it will be for you to start bonding with them. Older kids, especially teens, will be more likely to resist you.

Avoiding a Guy With a ‘Past’

This is difficult, but passing them over might mean passing over someone great! While dating a divorced man may pose special problems, don’t just reject this group of guys outright. In all types of relationships there are various sets of problems. Yeah, there might be some special issues with divorcees. But if you think back to your previous relationships (with guys who’ve never been married), you’ll see that there are plenty of problems with these other types of men too.

If you just dismiss guys because they are divorced, you could be missing out on a whole world of potentially great partners. And when dating is already so difficult, it’s truly a shame to let the possibility of good ones go!

Tell us what you think about dating after divorce!