The 3 Worst Social Networking Mistakes You Can Make 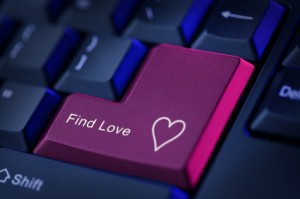 Social networking is a world unto itself, with its own etiquette and rules of behavior. However, although the medium may be different, the consequences of treating people badly are similar to the real world. If you don’t want to be shunned or laughed at, avoid making the 3 worst social networking mistakes.

1. Publicly dumping someone
Posting an angry message on your girlfriend’s Facebook wall that reads, “It’s over! I’m de-friending you, too” may feel cathartic at the time, but you’ll regret it later. Brad did that exact thing when he found out his girlfriend Meggie had cheated on him. To top it off, he also publicly posted details of the alleged cheating.

He didn’t have time to de-friend Meggie though. She did it to him as soon as she saw his wall post.

When Brad found out a week later that the entire story was a tissue of gossip, he begged Meggie to take him back.

She might have, too, if he hadn’t made the break up so public. By using a social networking site to dump her, Brad made it impossible for Meggie to forgive him without looking like a fool.

Keep your intimate relationships private. If you’re ever tempted to dump your partner on a social networking site, remember that doing so is the equivalent of gathering together hundreds of friends and acquaintances in a football stadium and making an announcement over the loudspeakers. Not classy or kind.

2. Mixing groups that don’t mix
Do you use LinkedIn to network with professional contacts and peers in your field? This is the main focus of that particular site. As with any other social networking site, it’s fine to turn down connection requests – you don’t need a particular reason or excuse. Don’t make the mistake of mixing groups from different areas in your life – like Angela did.

Angela is a law student by day and an exotic dancer by night. Struggling to pay her school fees, she’s not ashamed of her job choice, but she usually doesn’t advertise it to strangers. However, when she joined LinkedIn, she accepted any and all connections, even with people she didn’t know very well.

Friends from the club where Angela worked were able to communicate with her law professors and potential employers. Angela thought that LinkedIn kept certain information private, but she didn’t realize that users could send an invitation to connect to anyone their friends are connected with. The boundary between these two areas of Angela’s life became blurred. Not only did she feel uncomfortable with this, but she lost out on some job interviews.

If certain areas of your life are separate in the real world, keep them separate online too. Create multiple profiles to stay connected with people.

3. Selling to your friends
Social networking is quickly becoming a huge platform for marketers. Now you can reach hundreds or thousands of consumers, with that extra edge that a personal connection gives you. Unfortunately, abusing the personal connection may leave you with no friends at all.

Gregg used MySpace to promote his reggae band. As his music became more popular, Gregg flooded his friends and family with invitations to shows and CD release announcements. Nobody minded: after all, they were rooting for him. Gregg’s friends and family also shared his music with their own connections, and dozens of people who didn’t know Gregg personally thus became his MySpace friends.

Then Gregg got interested in affiliate marketing. He decided that while he was waiting for the next big break, he’d try and make a few quick bucks on the side. He signed up to promote a weight-loss product.

Gregg spammed his entire MySpace list with weight-loss promotions. He badgered people to buy from him and sent out poorly typed mass emails. And almost overnight, Gregg’s following abandoned him.

Personal connection is a vote of trust. Don’t break that trust by blatantly selling to your friends. You can certainly use social networking to market yourself, but you need to respect your friends’ privacy and be subtle about it.

Now that you know the 3 worst bloopers you can make in the world of social networking, you can probably think of people you know who do these exact things. Is it any wonder you feel uncomfortable around them? Are they really the kind of people you would refer to other friends? Avoid making these mistakes yourself, and your social networking contacts will continue to appreciate you and trust you.

https://blog.datingwise.com/1650/3-worst-social-networking-mistakes/2013-05-05T18:20:21+01:00taraNews & ViewsFacebook,Mistakes,Rejection,Social NetworkingSocial networking is a world unto itself, with its own etiquette and rules of behavior. However, although the medium may be different, the consequences of treating people badly are similar to the real world. If you don't want to be shunned or laughed at, avoid making the 3 worst...taraTara Milleradmin@datingwise.comAdministratorDating and Relationship Advice