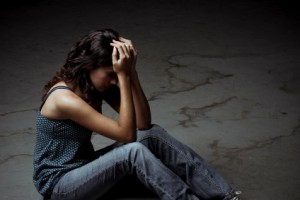 Maybe you’ve been burned before…you found out your ex was cheating on you, spending joint money behind your back, or otherwise betraying your trust. Maybe the situation was much worse than that; he or she was emotionally or even physically abusive.

You survived, but now you don’t trust your own judgment. Or maybe things have been fine in the past, but your new flame seems a little…off. For the purposes of this article, “he” is used throughout but the fact is that loserhood knows no gender. Any kind of person is capable of this kind of behavior, and being young or in a same-sex relationship doesn’t make you immune either. Here are a few warning signs:

1. Your friends don’t like him. It’s mutual. Most people hesitate to criticize a friend’s new honey, so if your friends say something negative, you should treat this like a flashing red siren of “this guy is trouble.” Likewise if he is antagonistic towards them. Abusers will typically try to isolate the victim from any possible means of support. Alienating all of your friends is part of his master plan. Lose him instead.

2. Alternately, if he’s too charming with your friends. You might be thinking “flirtation” but there’s another possible motive…basically, convincing everyone how great he is so that if there’s a big fight, everyone will blame it on you. This is another isolation move. It is typically employed by men rather than women, but has been done by both genders. It’s wonderful if you all get along…but your new SO should not be better buddies with your buddies than you are.

3. He expects you to drop everything to go do what he wants. All the time. Sometimes things come up. Sometimes people plan surprises. But if it’s a constant pattern, especially if it’s accompanied by emotional storms or coldness when he doesn’t get his way…it’s nothing more than a control tactic. Other control tactics include checking up on you constantly, invading your privacy, and making you feel guilty. Kick him to the curb.

4. Instant commitment. This is not about love, it’s about making sure of you. Anyone would do. Another ploy most often used on women, but you’d be surprised how many men out there are susceptible to this. If you’ve been dating less than six months and he wants to move in together, back away slowly. If you just started dating and he starts talking marriage, run.

5. He’s rude to people in service positions, or from whom he doesn’t want anything. It’s the old “look how he treats the waiter” adage…which is old and tried because it’s true. If he’s sweet as pie to you, but nasty to the valet, he is not a good person. As soon as he feels he has his hooks in you, he won’t be sweet any more.

6. He puts you down. Ever. The earlier in the relationship, the worse it is. But it’s never good. Contempt and love do not go together.

7. He crosses serious lines, then apologizes, then does it again. Abusers will test potential victims to see how much they will tolerate. If this is a recognizable pattern in your relationship…get out of there. It will only get worse…and worse, and worse.

8. Your gut is telling you something is wrong. Do you find yourself making excuses for him? To your friends, or to yourself? Do you feel a sense of relief when he isn’t around? (Does he check up on you?) If so, your instincts are trying to tell you something. Listen to them.

[ad] https://blog.datingwise.com/1423/how-to-know-when-dating-an-abuser/2011-08-03T19:09:27+01:00taraRelationshipsAbuse,ViolenceMaybe you've been burned before...you found out your ex was cheating on you, spending joint money behind your back, or otherwise betraying your trust. Maybe the situation was much worse than that; he or she was emotionally or even physically abusive. You survived, but now you don't trust your...taraTara Milleradmin@datingwise.comAdministratorDating and Relationship Advice

« Trouble Heating Up a Romance? – Try Cooling the Cyber-Chat
Perfect Matches with the Duet Test? »