Possible Causes of Sexual Infidelity in a Relationship 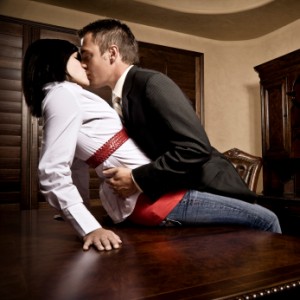 It’s said that if a couple can agree on sex, money, and politics, then they have a good chance of having a happy and lasting union. But is having a similar outlook on just three areas of life – admittedly important areas – enough to keep two people from straying?

Some couples may agree on almost every aspect of their life together, but that may not necessarily mean that they will remain faithful to each other and make it to their golden wedding anniversary. So what are the likely causes of infidelity in a marriage, and how can a couple head them off?

A common reason for people cheating in a relationship is that they feel they’re not receiving the level of attention they deserve from their partner. It’s a common problem, because after years together it’s easy for two people to take each other for granted. And then one day one of them begins to feel that there may be someone out there who would love, respect, and care for them better.

Instead of talking about the situation with their partner and trying to resolve the conflict, some people feel the better option is to find someone else. Oftentimes, added to this sense of longing is a somewhat romanticized version of love.

A woman whose husband doesn’t behave in the way she wants him to will often fantasize about a man who is ideal in every sense. Unfortunately, it’s rare that she finds this man, and what often happens is that she discovers the man she left her spouse for turns out to be rather similar to her ex-partner, and some years down the line she’s in exactly the same position she was before she embarked on her affair.

Similarly, a man whose wife is no longer as receptive to his sexual advances as she once was may well look for comfort in the arms of another woman. This is the classic case of “my wife doesn’t understand me” syndrome. Again, in this situation a man may merely be trading his existing model for a newer one, and the novelty factor will, over time, fade. So, too, will his feelings of euphoria, which is often what a new relationship can bring with it (and another reason why some people have affairs).

With a new lover, an individual’s flaws and inadequacies disappear, and they’re reminded only of how wonderful they are – until some months later when the relationship settles into the stage where both parties adopt a more realistic and less emotional approach to being together.

Communication is an integral part of any successful relationship. Once communication stops, there’s very little that can be done to resolve any existing problems or deal with any issues that may arise. Whatever difficulties a couple has to deal with, provided both parties are still speaking to each other, then there’s a good chance that they can overcome them and move on.

Furthermore, addressing and resolving problems can make a union stronger. However, for some couples, talking about problems in their relationship is difficult, because it means that they may have to address their own behaviors, and some people can find it difficult to acknowledge their character flaws, or to accept that their partner sees them as anything other than perfect.

But when communication breaks down, many people leave a relationship, as they can’t see a way forward. And even if they don’t walk out on a partner, they’re very likely to have an affair. What starts off as a platonic relationship with a colleague who actually listens and communicates with them, can often lead to a fully-blown intimate affair, a situation from which there’s sometimes no return.

Trust is the bedrock of any solid relationship. It’s almost impossible for any partnership to survive if one or both parties are unable to trust the other. Lack of trust can lead to negative and destructive thoughts, feelings, and behaviors. If one half of a couple is convinced that their partner is unfaithful, then he or she could very well adopt the attitude that what’s sauce for the goose is sauce for the gander, and take up with a number of lovers, which would very probably result in the break-down of the relationship.

Even if there’s no infidelity in a relationship, if a partner’s lack of trust becomes extreme it can sometimes push the other to have an affair. The relationship can reach the stage where an accused partner feels that his or her only course of action is to leave – or to run to someone else, someone who isn’t mistrusting and constantly suspicious.

Harboring resentment toward a partner is a far from healthy attitude to have when in a relationship. Feelings of resentment can lead to thoughts of revenge which may result in infidelity. Perhaps a woman has discovered that her partner has had a one-night stand and instead of trying to deal with the situation to the benefit of their relationship, she decides that she, too, will have a night of fun.

For some couples evening up the score may well be the end of the matter, helping them to move forward; for others, unfortunately, the repercussions from any act of revenge could very well irrevocably damage their relationship.

Whenever conflict arises in a relationship, how a couple deals with it is usually an indication of what each wants from the relationship, and how committed they are to making their union work. Sexual infidelity can destroy a relationship, but it doesn’t always have to be that way. Provided a couple is able to identify why the infidelity happened and can agree on a course of action to ensure that it doesn’t happen again, then they stand a good chance of repairing the damage and strengthening their relationship.

However, it’s vital that both parties want the same thing: to resolve the issue and to move on as a couple, stronger and more committed to making their relationship work.

Signs of an Affair Can Be Tricky

« Online Dating Profile: What Not to Include – Men Seeking Women
Remaining Friends After a Breakup »