How to Choose Your Internet Dating Partner 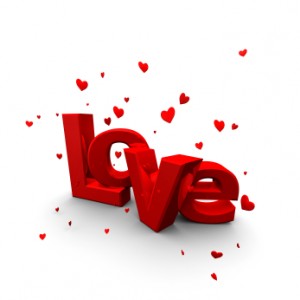 Most, if not all, internet dating sites have some form of search facility to make finding your potential mate an easy task.

You can select by location, by height, by education – even by star sign. You can choose to view only those who have posted a photo, and exclude those who haven’t logged onto the site within the last two weeks.

And so we use a process of elimination in choosing a mate. Maybe we employ this method because we want to be seen as “choosy” – we may be registered on an internet dating site but that doesn’t mean that we don’t have standards! Or maybe we feel that as having to resort to an internet dating site to find love takes the last scrap of romance out of the process we might as well leave nothing to chance!

So what to look for… Women might not be as visual as men but that doesn’t mean that we’re going to disregard any accompanying photo – well, not completely that is. I’ve never understood why some guys think that posting a photo showing themselves semi-naked is going to attract the women of their dreams.

This is the internet remember, and given its, shall we say, murkier connotations, a photo of a large expanse of flesh next to a veiled attempt at a mild form of seduction is just creepy. Other guys think that posting a photograph showing them draped over an attractive woman will work. While this isn’t in the same league as the flesh-baring sort, it can still leave something to be desired.

I can only assume that the guy who posts such a photo wants us to know that he’s not a virgin, and is attractive to women (or at least once was). I’m still not too sure if this photo is better or worse than the photo out of which the attractive woman has been cropped, leaving only a section of her cheek and a few strands of hair in the frame. It’s probably posted with the same intention anyway.

One way a guy with a photo like this can redeem himself is by making reference to it in his profile, and if he does it with a certain degree of wit and panache then he’s probably worth a shot. But if you do decide he might be the one for you, just hope that one day you don’t come across a photo of yourself (or a section of yourself) standing next to him posted on his profile!

Anyway, don’t get too hung up on the photo. Most of us just use a photo to show that we aren’t covered in scales or have the numbers 666 etched into our skulls.

You might want to pay a little more attention to what is actually written in the profile though. At least this way you might get an idea as to whether you’ll be spending your first date, should it materialize, bungee-jumping or ballroom dancing.

When it comes to the profile, some people can’t help but show-off. This is understandable, of course, as we’re all competing for attention and it’s the virtual equivalent of the peacock strutting around with his glorious plumage on display. When I was internet dating, I found that the more “select” (i.e. smaller) sites carried the most virtual plumage-waving. This usually took the form of “intellectual” boasting with men listing their top five favorite Russian philosophers or Lithuanian film directors.

The process of elimination I employed meant that if a guy’s profile made reference to any writer/director/philosopher/work of art I had never heard of, then unless there was a compelling reason not to (i.e. he was VERY good-looking!), I would pass. (This is kind of ironic given that the guy I ended up with as my “life partner” could probably list every Russian philosopher and Lithuanian film director who’s lived during the last couple of centuries!) But presentation is important, remember – Guys like to make lists so a lot of profiles will just be lists of favorites which is good in one way because it means there’s no having to read in-between the lines, you can just adopt a 75 percent compatibility scoring system and take it from there.

One last piece of advice: beware the man who refers to himself as a “free spirit”. In my experience this is a euphemism for “I shirk responsibility in all its shapes and forms.” And if his profile speaks of a free spirit AND is accompanied by a photo showing a bare bronzed torso next to just a portion of cheek and a curl of hair, it’s definitely time to click “next”!

http://blog.datingwise.com/1664/how-to-choose-dating-partner/2009-12-13T06:03:31+00:00taraDating EssentialsBeginners,New Relationship,Online Dating,Partners,Personal ProfilesMost, if not all, internet dating sites have some form of search facility to make finding your potential mate an easy task. You can select by location, by height, by education - even by star sign. You can choose to view only those who have posted a photo, and...taraTara Milleradmin@datingwise.comAdministratorDating and Relationship Advice

« Rejected by the In Laws
Online Dating Goes Mobile #2 »