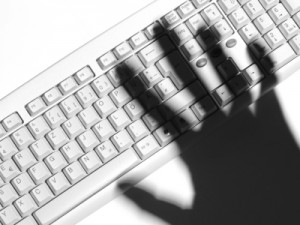 The internet has long been home to scams across literally every subject area you can imagine.

From fake emails pleading for money to phishing web sites and more, anybody who spends any time online must be vigilant and careful about protecting their vital information and being extremely cautious about getting “taken” from a financial standpoint.

Dating scams: One of the biggest areas of internet scams has long been the world of online dating. In the early years before online dating became more accepted, scams were all over the place, but they still exist now even as online dating has become not only accepted but extremely popular, successful, and lucrative.

There is an ongoing battle between legitimate, trustworthy internet dating services and those services that are, shall we say, less than trustworthy or reputable.

Government regulation: The problem has become widespread enough for government and regulatory organizations to get involved in some cases. For instance, in Australia proceedings were recently begun against an online dating site that allegedly scammed its members in part by putting fake profiles onto the site and then using those fake profiles to send “flirts” and other messages to legitimate registered users.

Why? To make more money, of course; users pay a fee to send and receive “flirts” and similar messages so the owners of the site allegedly used the fake profiles to entice real users to send return messages for which, of course, the users had to pay a fee.

Be vigilant: So how can you as a user of an online dating service protect yourself from these and similar dating scams? The first step is to be vigilant about the sites you choose to join. Look for reputable sites that have been around for a while rather than taking a chance on newer or questionable sites that seem to pop up nearly every day.

Check our online dating review pages and read the comments other members have written. Check with the Better Business Bureau to see if a site you’re considering joining has received any complaints, and when all else fails simply choose to join only those nationally known sites with established reputations.

Another step you can take to battle internet dating scams is to balance your online activities between paid online dating sites and the free social networking sites such as Facebook.com and MySpace.com.

While some social networking sites are beginning to offer paid services for singles, you don’t have to use those paid services in order to find eligible singles who might be good matches for you. Take advantage of the many different applications that are offered for use on social networking sites to find other singles with whom you might be compatible.

Finally, beware of any online offers or activity that seem “too good to be true” because chances are they are not as forthright or reputable as they want you to believe. All it takes is a bit of careful consideration, common sense thinking, and smart choices to protect yourself against scams and other illegitimate activities.
http://blog.datingwise.com/1651/battlingscams/2013-05-05T18:58:38+01:00taraSafetyInternet Fraud,Online Safety,ScamsThe internet has long been home to scams across literally every subject area you can imagine. From fake emails pleading for money to phishing web sites and more, anybody who spends any time online must be vigilant and careful about protecting their vital information and being extremely cautious...taraTara Milleradmin@datingwise.comAdministratorDating and Relationship Advice